The famous spring of Kardaki

In a short distance from the southeast side of the Mon Repos estate there is the famous spring of Kardaki which had been commemorated by geographers, writers and poets and had been famous for the quantity and the quality of its water. In 1896, Lorenzos Mavilis wrote a sonnet about it and the locals say that whoever drinks from it is destined to forget his homeland and always return to Corfu.


«Golden waters, I see you because the waters from the cold tap bewitches me, which surely runs from the holy ground. Therefore some God has decreed, And whichever foreigner wets his lips To his homeland he will never return». 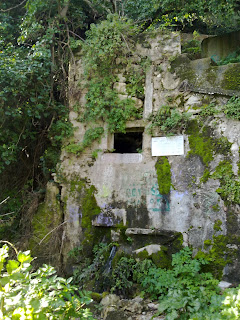 The spring itself had been used by the commercial ships and by the Navy passing by the island. Also the locals used to come by boat in the summer to bring some water to town when they runned out of it. There were a lion head, symbol of the venetian republic, from which mouth water was running. The origin of the name "Kardaki" had been probably derived from the venetian word "vardia" which means "night shift" gradually changed by locals to "vardaki" and finally to "kardaki". As the name suggests, maybe had been shifts in order to protect the spring and the surrounding are from intruders. In 1822, water suddenly stopped running from the spring and the english authorities (Corfu then was under british rule) decided to do some excavations to find out the reason of that incident. They found that a part of the then undiscovered ancient temple of Apollon had blocked the water as a result of a landslide. 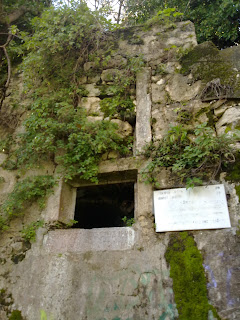 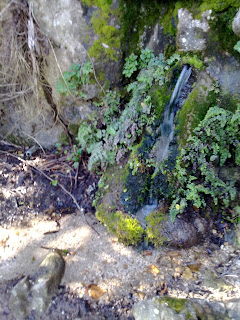 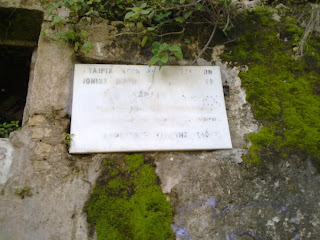 Going down the stairs, there is a secluded beach with crystaline waters. The spring and the beach can be easily reached from the top of Analipsis hill. 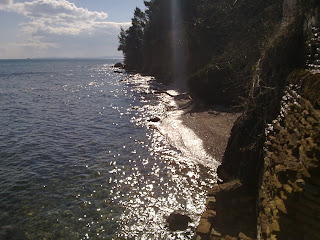 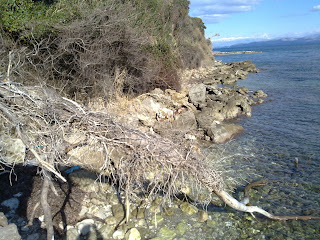 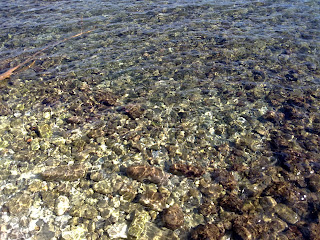 - A nice short story about Kardaki by Gaye Jee: http://www.eastoftheweb.com/short-stories/UBooks/SpriKard.shtml

Email ThisBlogThis!Share to TwitterShare to FacebookShare to Pinterest
at 14:11

DreamHost is ultimately the best hosting company with plans for all of your hosting needs.