My top-5 favourite bass players of all time!

Well, I think it's time to reveal my five most favourite bass players:

What can we say for the man who together with Nigel Rodgers created the base for dance music, influencing hundreds and hundreds of musicians and bands... He is the most prominent funk bass player - without him the funky Duran Duran basslines would not have existed and house music would be different from what it could have become since now. 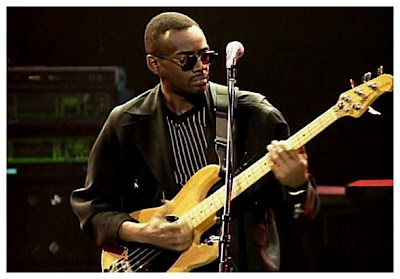 Influenced by the funkmaster Edwards as well as Joe Strummer of Clash and Paul McCartney, John Taylor switched from guitar to bass in Duran Duran's early years. His basslines are dinstictive in most of the band songs and they have been imitated by many other bassists. 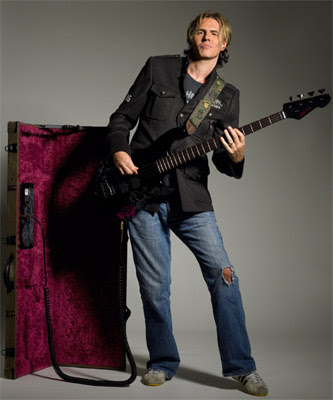 For many people, Flea is the best bassist ever, I won't disagree, he is higly skilled, he plays fast and with such a virtuosite... 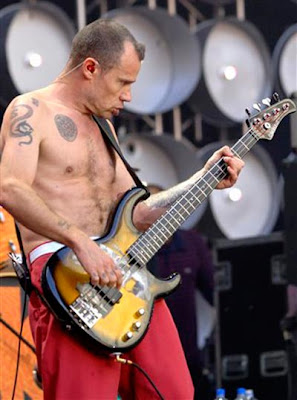 The leader of Maiden and in my opinion the best metal bass player ever, plays the bass like a guitar with great speed and techique. It is hard to imitate his style - especially his "gallop" playing - fellow bassists you know what I mean... 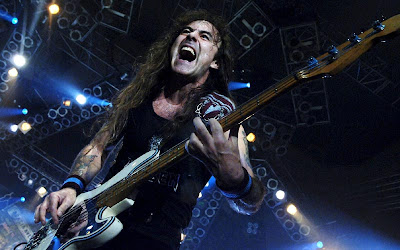 Well, not a virtuoso, but I really like his ska bass style (the bass in "Don't Speak" is killer). 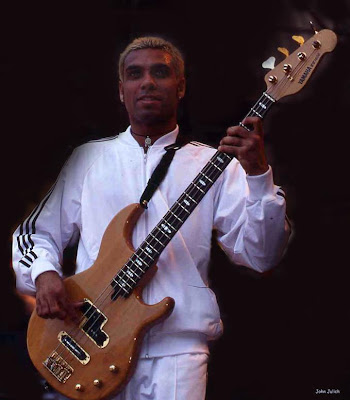 Email ThisBlogThis!Share to TwitterShare to FacebookShare to Pinterest
at 20:32 0 comments 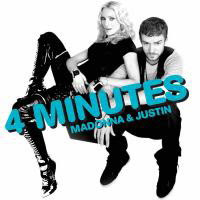 "4 Minutes" is the title of Madonna's new single, from the long awaited follow up of "Confessions on the Dancefloor" - "Hard Candy". Featuring Justin Timberlake and Timbaland, the song has a rnb flavour - without losing the pop feel in it.

Below is a download link, in which the album and the radio versions of the single can be found:

The single will be officially out in late March and the album at the end of the April. Until then enjoy this release...

P.S. : A photo showing Madonna outside her house in 51 Great Cumberland Place, Marylebone, London going to her private gym which is next door, a mere 20 yards away. LoL 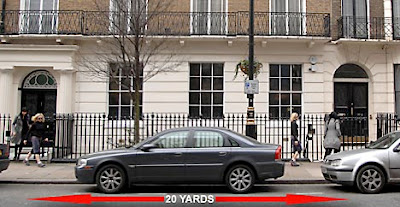 Email ThisBlogThis!Share to TwitterShare to FacebookShare to Pinterest
at 01:20 0 comments

My new bass guitar and amp!

After playing the guitar for 7 years or so, I decided to learn playing some bass. Influenced by funk and disco music, I started looking for some affordable basses in the net and at the music shops in my area. After looking for some weeks, I ended up in buying a worth for its money, Ibanez GRS200 with a tiny Behringer BT108 bass amp for 360 euros. 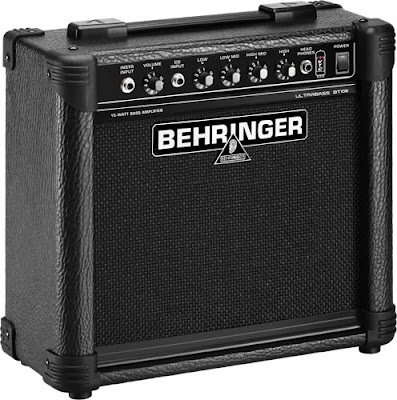 I have started practicing already, playing scales and some popular basslines. I have already learned playing the extremely popular "Good Times / Rapper's delight" bassline (probably the most famous bassline ever). I find it hard through to do all that funky slaps, too characteristic if you're playing some funk or disco...I have to find a bass teacher to show me some techniques and suggest me some bass methods to practice with.

If you are a bassist yourself, feel free to provide me with your advice.
Email ThisBlogThis!Share to TwitterShare to FacebookShare to Pinterest
at 14:34 0 comments 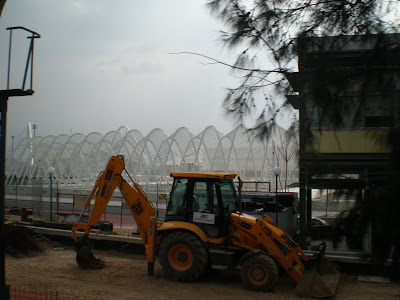 Athens sunset from a flat at Perissos: 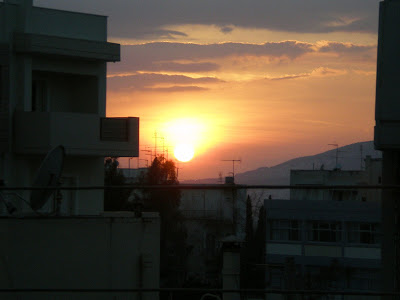 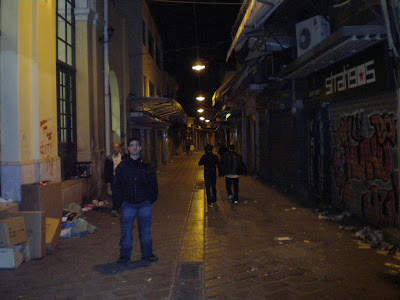 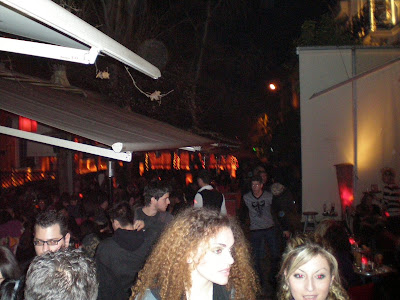 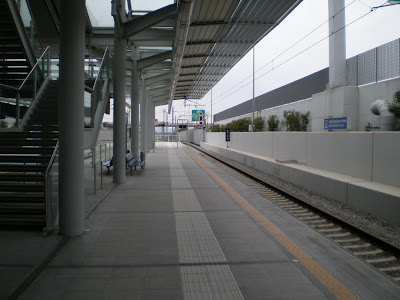 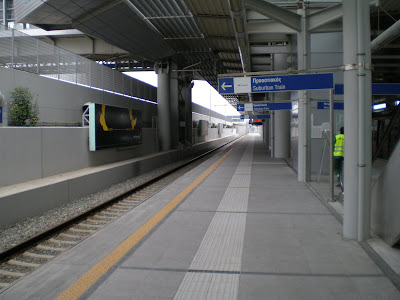 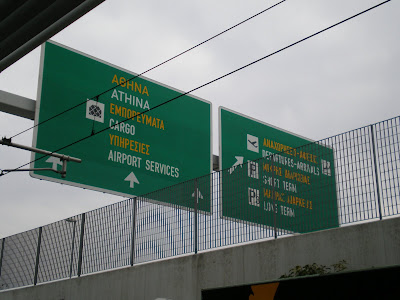 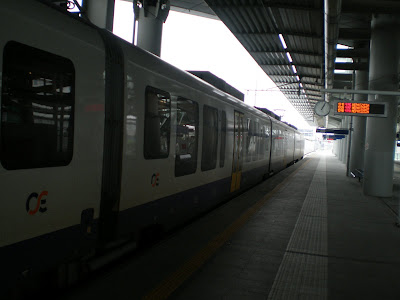 Alpha Television Building and surroundings from the train: 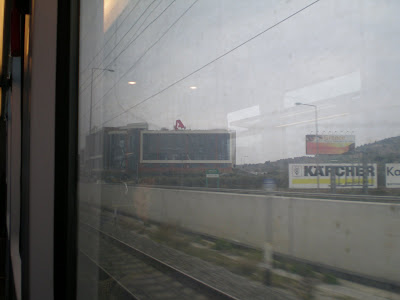 Email ThisBlogThis!Share to TwitterShare to FacebookShare to Pinterest
at 18:57 0 comments

I was in Athens last weekend. I went there because I was sitting the IELTS exam (for those who might don't know, this exam certifies you that your knowledge in English is adequate for working or studying in an English speaking country). Hopefully I did well...We will see the results in two weeks :P

I saw some friends who live there and we decided to go out for a coffee. We went to a really busy place in the centre of Athens, where is a street lined with coffee shops along its sidewalks. After some wandering in order to find a vacant table to sit, we finally found one. Before sending to my friend a photo to his mobile photo, I did a search for active mobile devices around me. I found the suprising number of around 20 phones which had their bluetooth active in a radius of ten metres around the place I was seated.
Just for fun, I sent a funny photo to an unknown phone which belonged according to the name displayed to a girl. She accepted what I sent. Suddenly, I had the idea that we can flirt this girl with our mobile phones. So, I wrote a note to her and sent it via bluetooth. She answered back immediately and she refused to get to know me cause she claimed that she have a boyfriend.
Anyway, try the same! I believe one in ten girls flirted in that way, may want do a blind date, lol!

Some instructions:
- Activate your bluetooth while staying somewhere without moving.
- Do a search for other active devices.
- After displaying all the results, choose a device you want and send a photo or a note.

Be careful, don't accept files that are not photos or notices. They might be a mobile phone virus! Also, while sending don't move - bluetooth has a radius of 10 mere metres only! You may lose the contact with the device you sending and receiving files!

That's all - good luck with your bluetooth flirting!
Email ThisBlogThis!Share to TwitterShare to FacebookShare to Pinterest
at 11:52 0 comments