Yesterday I went to Paolo Mojo who played at Au Bar. Originally, he was to play last November, but his flight from Sofia where he had played the night before didn't take off due to foggy conditions.
After the typical warm up by the resident Dj Petros Odin, Mojo got on decks around 3 a.m. In the beginning, he was quite smooth, he was playing like he was doing a warm up session for himself. But finally, the music he played got louder and louder, so pumping tunes were getting out from the club's sound system.
Compared with other event which I've been in the past, Mojo played mediocre, we needed more recognisable tunes. He didn't even play his own songs - I would like to have hear him playing "1984", his most known tune. Anyway, let's hope for a better event in the near future.

Here are some pictures and two videos, taken with my Olympus: 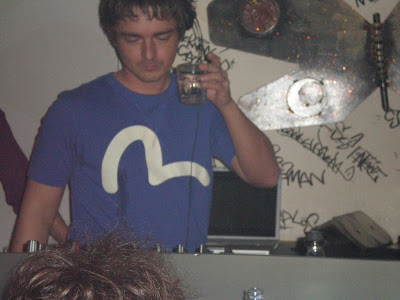 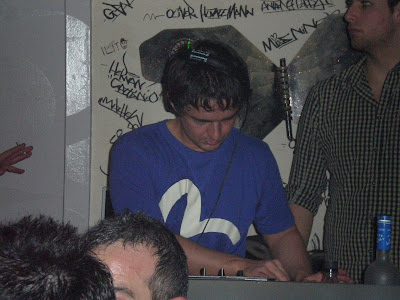 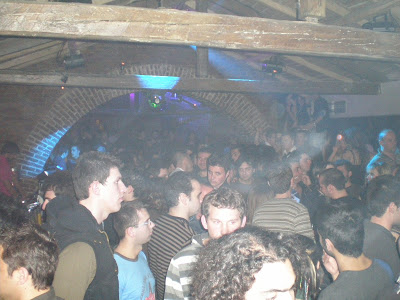 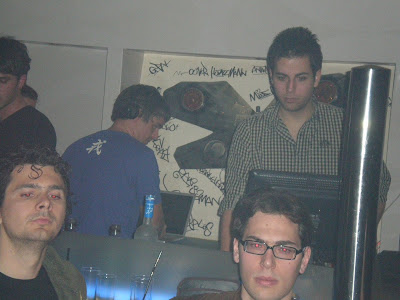 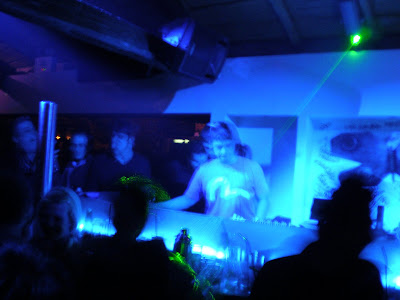 Email ThisBlogThis!Share to TwitterShare to FacebookShare to Pinterest
at 16:22 0 comments

Kosovo: the loss of the most important Serbian province

As you may know, last Sunday after a vote, Kosovo gained its indepedence over Serbia and became a sovereign country in itself. It was the final act of the tragedy, and it was something that most people expected to happen. After more than 15 years of conflicts, the Albanian population of the province, backed by UN and the USA, forced the indigenous Serbian population to relocate in a violent and primitive way. They kicked them out by looting and burning their homes and by encouraging Albanians to immigrate to Kosovo from Albania.

The proposed flag of Kosovo - notice how it looks alike with the Albanian one:

Albanians were a majority in Kosovo since the late 19th century. Back then, it was populated by Serbs and it was the site where the first Serbian kingdom was established back in the 13th century A.D. It is also the site of many serbian orthodox christian monasteries. Serbs say that the Kosovo region is like the Serbian "Mount Athos".
In order to all of you understand how important the situation is, just think how it would feel like if Turks claimed that Mount Athos is Turkish. I understand that the Albanian majority should be respected and treated equally as the Serbs, but it was inhuman to force the Kosovarian Serbs to relocate in Serbia. Kosovo should still be part of the Serbian republic and UN should have leave and not back the expectations and the positions of the Albanian nationalism. Finally, I feel sorry for the United States and for the EU members which recognised the newly founded country as sovereign.
I would like to place your own thoughts on that matter. It will be interesting for me to know what you think - do you support Kosovo's indepence or not? If yes, why?
Email ThisBlogThis!Share to TwitterShare to FacebookShare to Pinterest
at 20:02 1 comments

The Aftermath after last weekend's snow storm in Athens

Pictures from the Perissos district in Athens. Taken some minutes before by a friend of mine who lives there. Hopelessly, we didn't had any snow in Corfu, only sunshine with freezing temperatures. (Lowest temperature recorded : - 2.9 degrees this morning at 6.30 a.m. - Probably a record!) 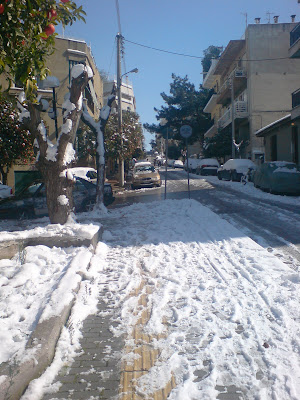 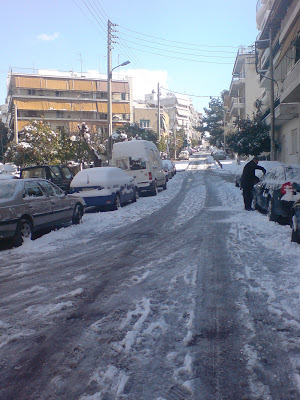 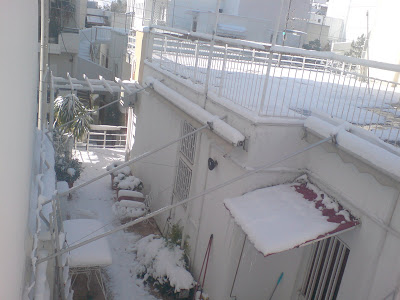 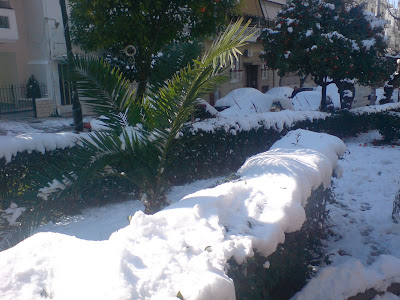 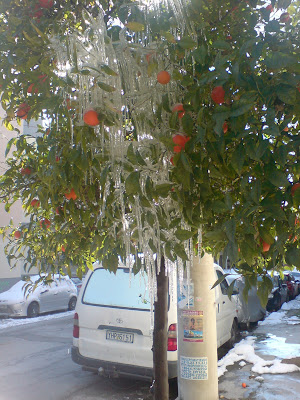 Email ThisBlogThis!Share to TwitterShare to FacebookShare to Pinterest
at 14:07 1 comments 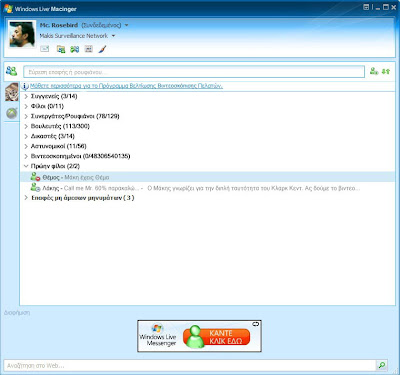 Email ThisBlogThis!Share to TwitterShare to FacebookShare to Pinterest
at 01:24 0 comments

Heard on TV today this morning! I searched the web and I found two rapidshare links with songs which Kalomoira and Kostas Martakis will contest to find who among them will compete in this year's Eurovision.

Kalomoira's song is pop with Greek touch, though the Martakis one is more European sounding. Personally I think both songs are ok, though I found them somewhat mediocre. What do you think?
Email ThisBlogThis!Share to TwitterShare to FacebookShare to Pinterest
at 13:36 0 comments