In Saint Spyridon street (locally known as "το καντούνι του Αγίου" (Saint's alley)) apart from the famous Saint Spyridon church, there is a smaller and lesser known one dedicated to Saint Eleftherios and Saint Ann. The church was consegrated in 1700, after being transformed into a religious establisment from a private house. It was built by  Theodorella Vervitsioti, daughter of Nikolaos Vervitsiotis. The church opened its doors in June of 1700 and it was renovated several times in 1765, in 1850 and in 1915. In 1714 Theodora Vervitsioti  donate the church to the grocers and cheese seller trade union. It was heavily damaged during the bombings of 14 September of 1943 and it was rebuilt almost from scratch in 1960.
There are three commemorative plaques on the façade commemorating the consegration, the renovation of 1765 and its rebuilt in 1960. 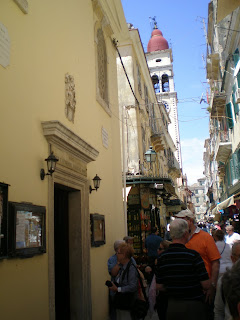 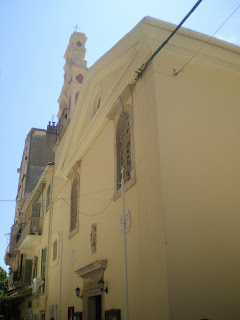 All the plaques were written in greek. The oldest one is the most beautiful and splendid of the three. It features a noble coat of arms (presumably of the Vervicioti family) on on the upper side and below the following greek text: 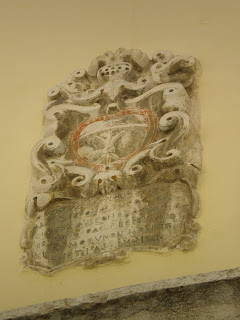 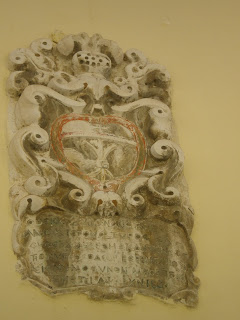 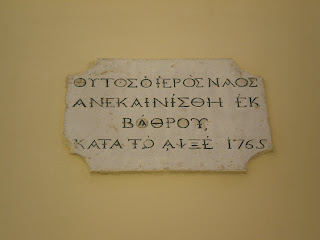 Unfortunately I forgot to take a picture of the most recent third plaque but the text which was written on it is the following: 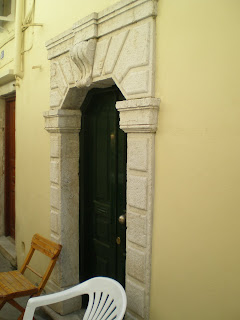 - If you understand greek, I suggest reading the interesting book of Spyros Karydis "The code of the holy church of Saint Eleftherios" which provides rare details about the church's history taken by original 18th century records.
You can buy it from here: http://www.cosmo-market.gr/default.aspx?p=11&id=9789609259408
http://www.books.gr/ViewShopProduct.aspx?Id=6852449
Email ThisBlogThis!Share to TwitterShare to FacebookShare to Pinterest
at 19:51