Bike paths arrived in the centre of Corfu Town!

It seems like a dream came true. At last, Corfu Town has its very own network of cycle paths and dedicated cycleways! Although much of the local people disliked them claiming that they will worsen the traffic problem causing more congestion and taking up valuable parking lots, it is indeed a positive step towards modernisation and, I dare say, europeanisation of this town.
The new cycle ways could be found in several central streets around the centre. In Alexandras avenue, with its wide pavements, the trees and the somewhat narrow road, it wasn't possible to built a dedicated bike way in the street, so instead the eastern pavement was used by placing some bicycle related signs. 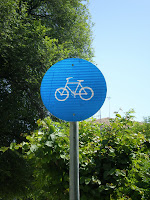 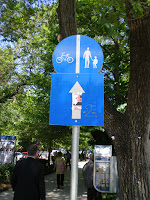 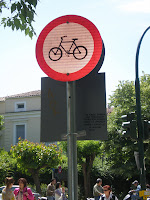 In Ioannou Theotoki and Eugeniou Voulgareos streets they built a bike lane on the southern side of the road. The centrepiece of the system, it's a dedicated cycleway crossing the commercial heart of the town. Combined with the pedestrianisation of the entire length of Voulgareos street it would look wonderful. 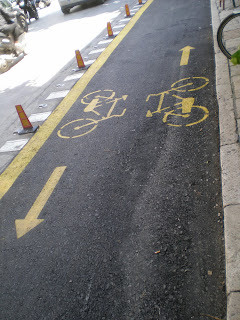 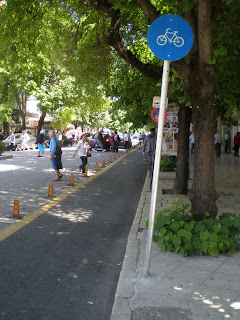 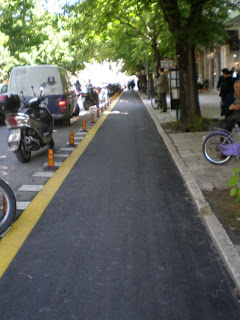 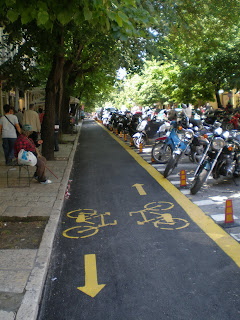 There is one under construction in Desylla street as well. 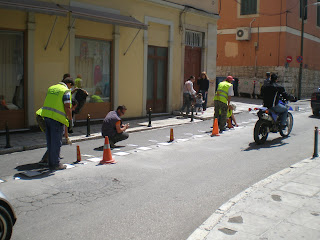 Another cycleway could be found on the pavement of the street which crosses the now long gone ditch of the New Fortress near the farmers market. It is actually very ill-conceived as there are some electricity columns placed on it, making it difficult for the cyclists to use. 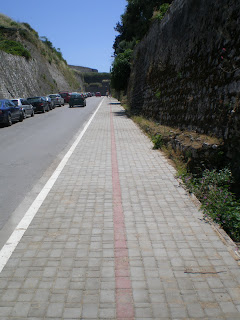 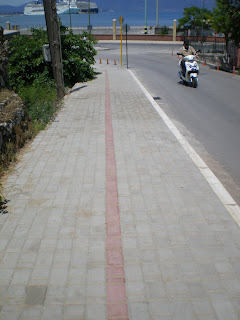 In Avramiou street a cycleway was also built on its entire length, from Sarocco square to the new port. During morning hours, this street is busy with traffic as many people want to park. Nearby there is the Ionian University and the IKA buildings. Because of those establishments cars parked on the cycleways could easily be found. 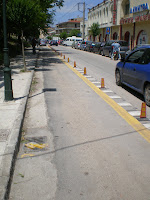 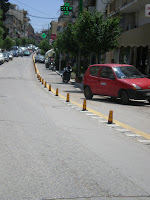 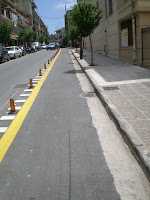 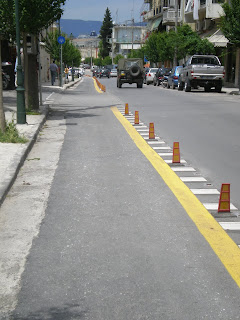 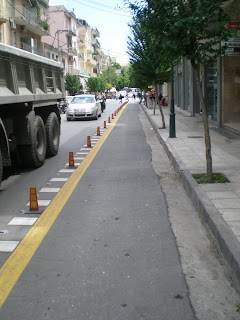 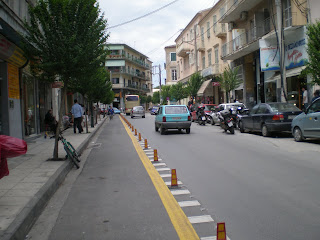 More cycleways are about to come. Kyprou street will have one shortly, there is already one crossing the Garitsa and Anemomylos park (see the related post) and our beloved town will become more friendly to its inhabitants and it will provide a better quality to everyone. As long the peripheric car parks and the other traffic improvements will come true one day, people will stop accusing the cycleways project and find a reason to buy themselves a bicycle and use it for their everyday transport needs. 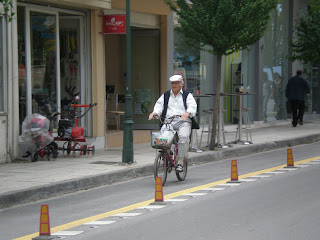 Email ThisBlogThis!Share to TwitterShare to FacebookShare to Pinterest
at 13:36

It's a truly wonderful development. But down by the new port most of the bendable markers have been destroyed and the cars have taken over again, with a vengeance. I hope this will not happen elsewhere. It seems that only high pavements will deter car-drivers determined to park.