Last year, the announcement of the construction of paths dedicated to bicycles was met with happiness by the majority of bike lovers. The first network of bike paths was constructed in the Garitsa and Anemomylos bayside parks. These are two green spaces which are in urgent need for redevelopment because both have been left to deteriorate.

The bike paths are a part of the general redevelopment plan for Garitsa and Anemomylos parks. In my opinion, the two-lane path is narrow, thus there is a great risk for an bike accident. Apart for that, pedestrians tend to use this fresh and clean path instead of the dirty and disrepaired nearby sidewalk which runs the parks in length, as the bike paths do as well.

Below there are some images I took, so you can judge yourself: 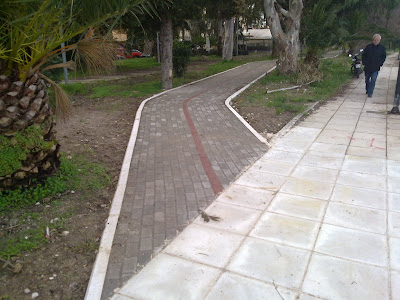 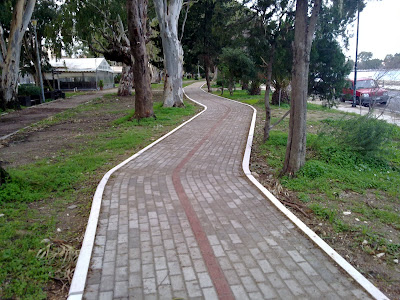 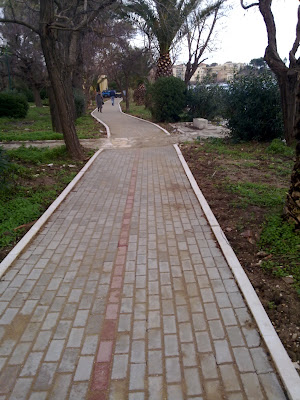 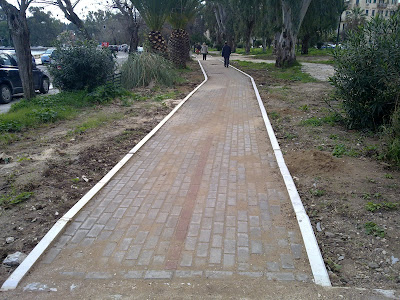 What should be done? The sidelwalk should be repaired and ban pedestrians from using the bike lane. Also, the width of the paths should be increased to meet the security standards.
After all, we all should love and use the bike lanes with respect. Those beautiful bayside parks are important in improving the quality of life in our town.
Email ThisBlogThis!Share to TwitterShare to FacebookShare to Pinterest
at 13:26

I was cycling along the bike-path this morning, and pedestrians looked highly annoyed and surprised when I rang my bell to avoid an accident. They seem to have no idea that this is a bicycle path. Sign are needed urgently.